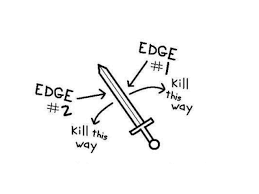 He looked at the local dailies. Ten per cent growth since the last survey. ‘Good enough’ he thought. At least he wasn’t written off  the race. Elections were around the corner so he would be visiting his faithful voters this coming weekend. It would be important to change the big bucks to smaller notes, perhaps hundreds. Village people only need money for soap. This time he would promise them a tarmacked road all the way to the secondary school. Translation – His company would bid and get the tender, a prime mover would appear somewhere digging the earth. They did not need the end results. They only needed to see a bit of progress. His opponent had no chance.

She had become a shadow of her former self. The once bubbly and joyful girl was now a sad and lonely girl who kept to herself all the time. Maybe she was going through something – so they gave her time to heal from the unknown. Maybe she got so busy at work. Maybe she simply needed time out. So they let her be. They let get by. But the problem was, she never really seemed to recover from whatever they were assuming was the problem. When they asked, her reply was swift,” I am good.” Translation – She was wondering if she had made the right decisions in life. She was scared of what the future held. But she was not about to admit it.

His smiles had become plastic. His weight was very shifty. He had learned how to pull dissapearing acts.The face he put was not who he was inside. It took a while for someone to ask him how he was nowadays. His response, “Things are good.” Translation – I have a guy who supplies the hard stuff. I am super high.

She looked at him, Its easy to say that he looked like her great grandfather from her mother’s side. He was nothing like the father people knew. Its only natural that questions need to be asked. But she dismissed them. Her response was swift, ” Isn’t  a child allowed to inherit genes from his fore fathers. ” Translation – The truth is , he looks a bit like my husband’s campus roommate because he really is his son. But if my husband hasn’t noticed or questioned, who are you to question?

So one thing was said to mean another…. two ends to every story…. Two sides to every coin because in our hands we hold double edged swords…. Just wondering where to dagger next..

Such is Life…… And we are about to start complaining…